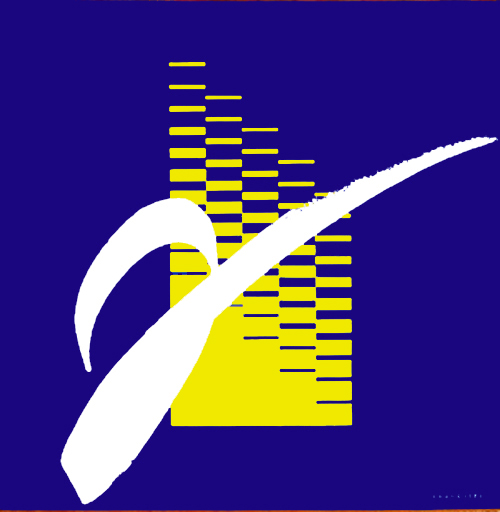 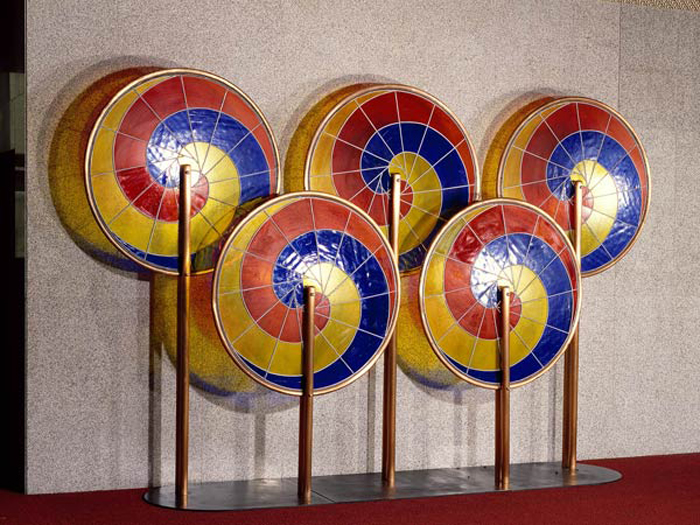 320x250x50cm size monument sculpture for the lobby of the Olympic Center bldg.
"Five rings of olympic emblem and three Taegeuk pattern of Korea" 1985. 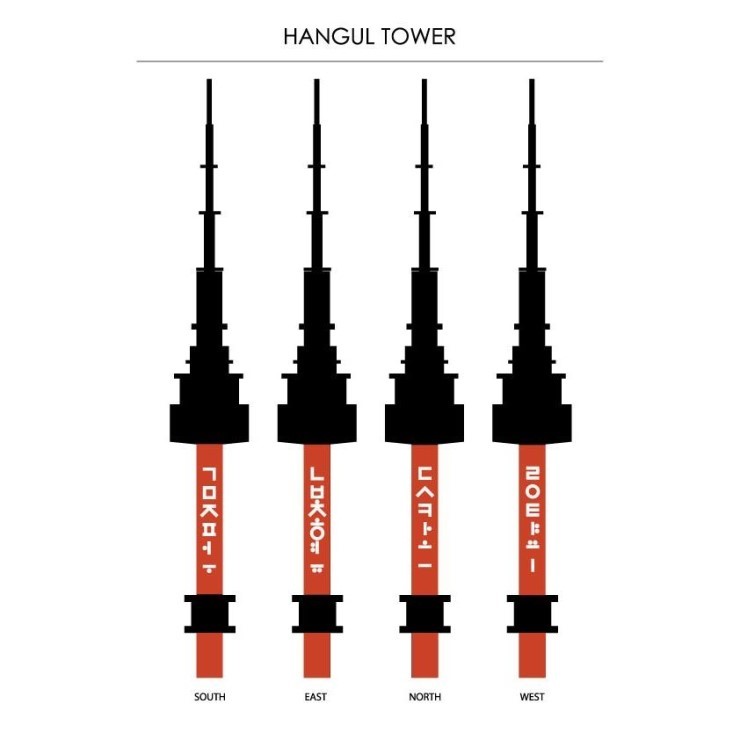 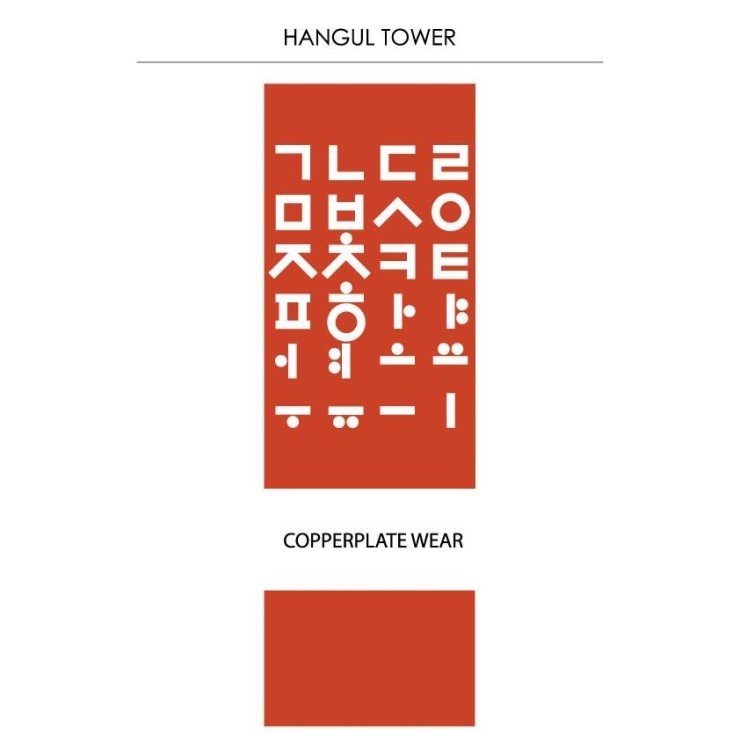 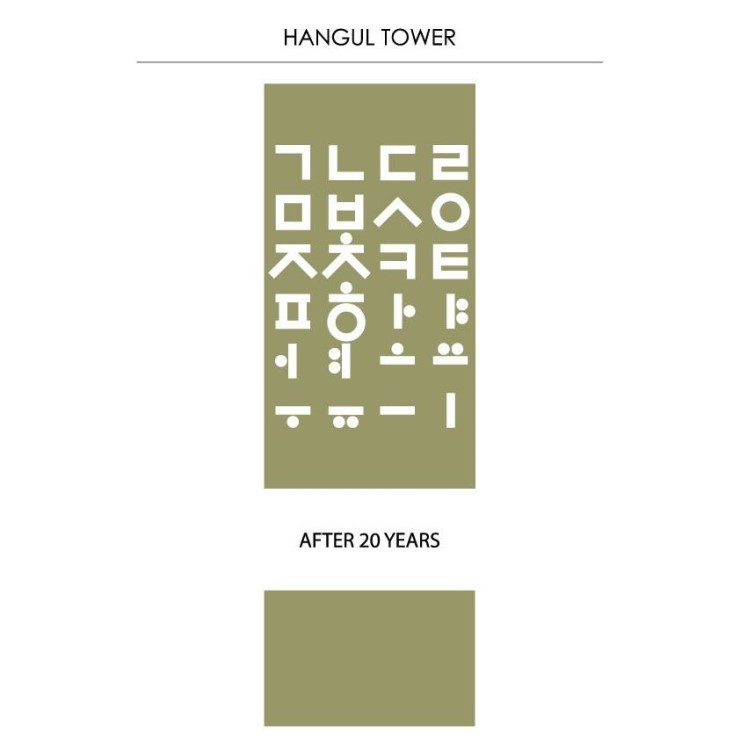 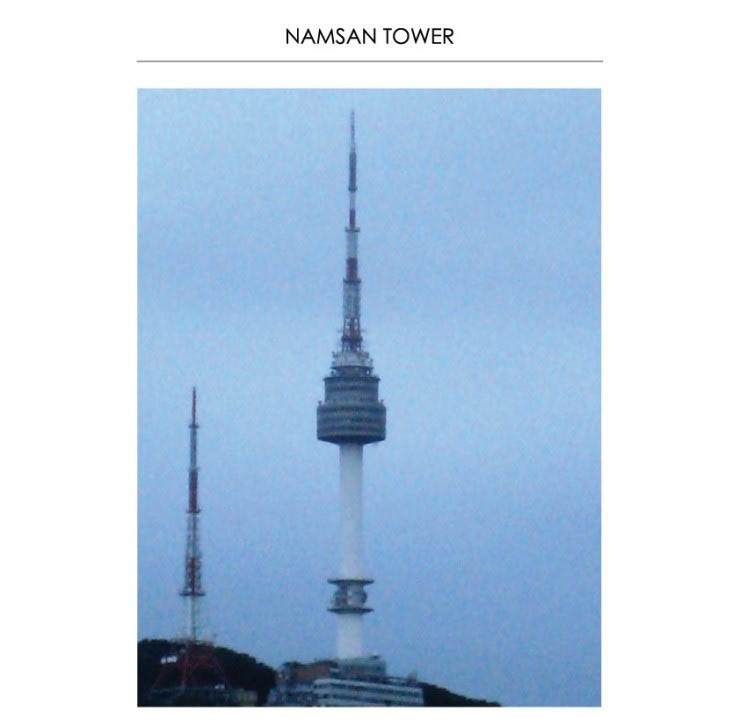 In 2019, Buyong Hwang sent a proposal to the president of YTN Broadcasting Station,
the owner of Namsan Tower, which is built on top of Namsan Mountain in the center of Seoul.
It was to engrave 24 Korean alphabet on the tower's skin, which Koreans are most proud of.
His idea was not adopted, but it was well received by many people. Westerners say
Gutenberg's metal type is the best invention in history, but the Korean people are
proud to see Hangeul as the best invention in the history of the nation.

Copyright (C) 2001-2014. This website is copyrighted by Buyong Hwang. All rights reserved.